sigur rós
Our new album "Odin’s Raven Magic" will be released on the 4th December.


"Composed in the 14th or 15th century Odin’s Raven Magic is an Icelandic poem in the ancient Edda tradition (Edda - a term that describes two Icelandic manuscripts which together are the main sources of Norse mythology and Skáldic poetry) its anonymous author clearly had an intimate knowledge of the Edda literature and mythology which alludes to a number of pagan motifs which are now lost. The poem recounts a great banquet held by the gods in Valhalla while they were absorbed in their feasting, ominous signs appeared that could foretell the end of the worlds of the gods and men.

The album 'Odin’s Raven Magic' is an orchestral collaboration between Sigur Rós, Hilmar Örn Hilmarsson, Steindór Andersen and Maria Huld Markan Sigfúsdóttir which premiered 18 years ago at the Barbican Centre in London and is now finally almost two decades later being released. The performance honours the poem, dramatic and beautiful, classical and contemporary. A stone marimba was built especially for the performance by Páll Guðmundsson.

Odin’s Raven Magic - the poem - had been relegated from mainstream ancient literature ever since 1867, when Norwegian scholar Sophus Bugge claimed it was a 17th century fabrication. This theory has since been toppled with literary and linguistic arguments and new research has concluded that Odin’s Raven Magic was indeed authentic and has finally been reintroduced to the Edda. 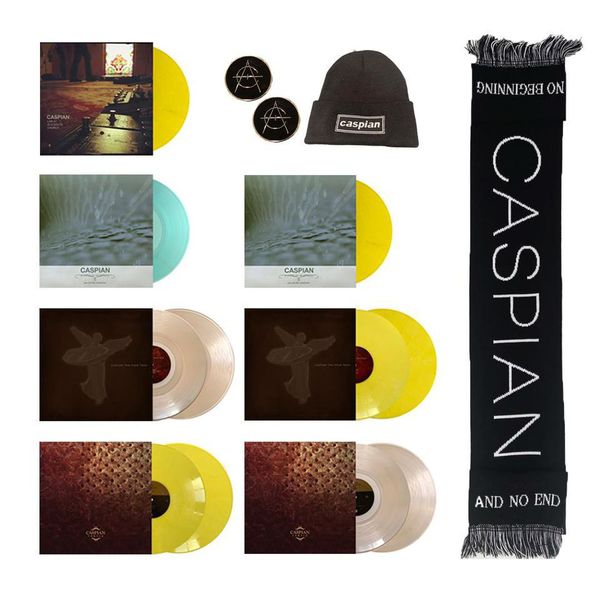 “The ultra edition of THE FUTURE BITES takes the whole notion of deluxe limited editions to its logical and extreme conclusion, by being just a premium priced single copy. This approach is more analogous with the world of art, where only one person can own the actual painting with the artist’s brush strokes on it. Many of the contents are things that in reality are impossible for me to put a price on.

With regard to the 2 exclusive audio items included, it’s entirely up to the purchaser as to whether they decide to share, or keep them to themselves. Do they want to exhibit ‘the painting’, or put it on ‘display’ for everyone else?” - SW

All proceeds from the sale of ULTRA DELUXE MUSIC PRODUCT ON OBSOLETE MEDIA will go directly to the @musicvenuetrust to help save grassroots venues across the UK affected by COVID-19. Many of these are venues that Steven spent his formative years performing in.

“The first @porcupinetreeofficial show was in a small club called The Nag’s Head in High Wycombe, in fact for the first ten years the band gigged solely in that subterranean world of clubs and pub venues. As someone who has never really been a part of the mainstream I can safely say I wouldn’t even be here without these venues and the people who run them. Live music is an inspiration and magical thing for so many people, so it’s essential we work now to save these places for future generations of both artists and fans.”